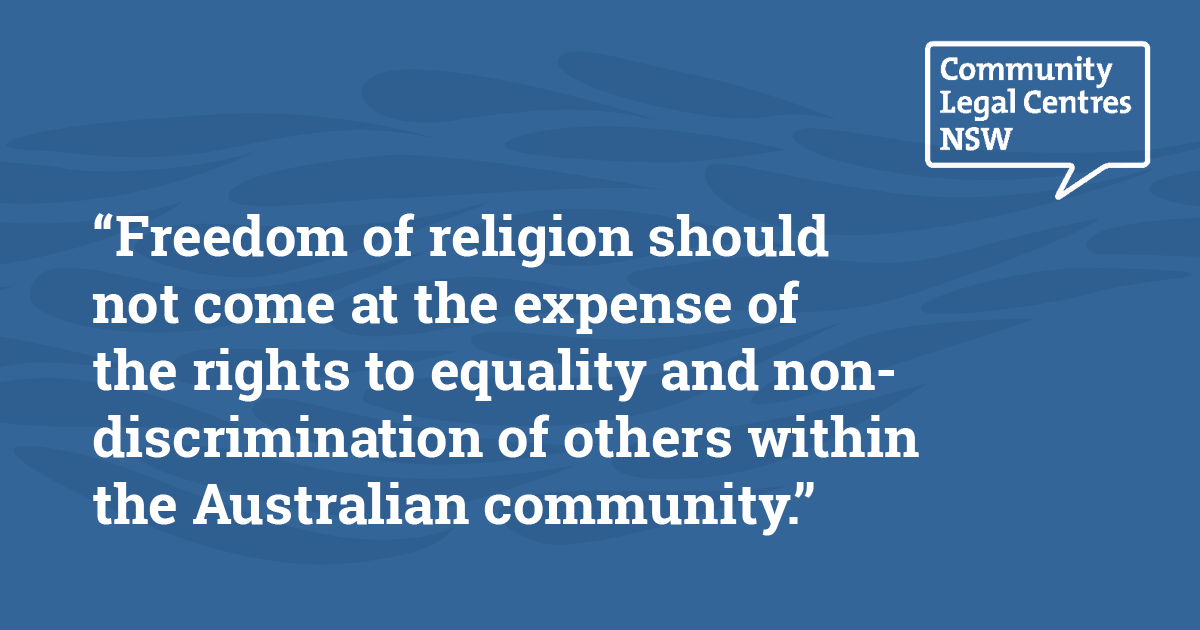 This is a summary of our joint submission to the Inquiry on Legislative exemptions that allow faith-based educational institutions to discriminate against students, teachers and staff.

Community Legal Centres NSW and Kingsford Legal Centre submit that freedom of religion and the right to equality and non-discrimination are both fundamental rights which should be balanced fairly and justly for all Australians. In doing so, we submit that religious freedom could be better protected under the current federal anti-discrimination law and that protections against religious vilification be introduced at the federal level.

However, freedom of religion should not come at the expense of the rights to equality and non-discrimination of others within the Australian community.

In order to achieve a just and equitable outcome in regards to balancing rights to equality and non-discrimination with freedom of religion, the following recommendations should be considered.

A summary of our recommendations appears below and you can access our full submission here.