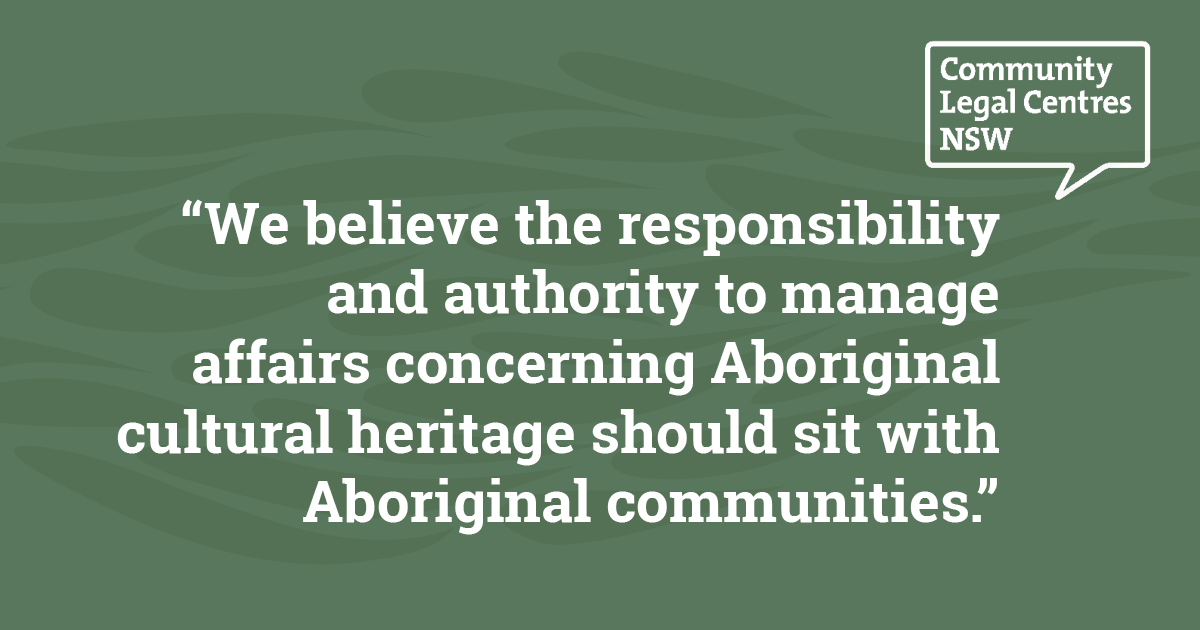 The National Parks and Wildlife Act 1974 (NSW) that currently governs Aboriginal cultural heritage issues is outdated and inadequate, passed by a parliament four decades ago. Under the current Act, Aboriginal cultural heritage is protected by impact permits issued by the Chief Executive of the National Parks and Wildlife Service, and his/her power to grant or decline an application for such permit is widely discretionary. Aboriginal communities are rarely significantly involved in this process, despite the existence of an advisory committee.

We are concerned about the limited extent of Aboriginal community’s involvement during the consultation period of this draft legislation. It is questionable whether the eight-week consultation period provided sufficient time and opportunity for the Aboriginal peoples and communities to voice their concerns. The Bill also contains little information about potential resourcing of a new Aboriginal body, which is key to this legislation.